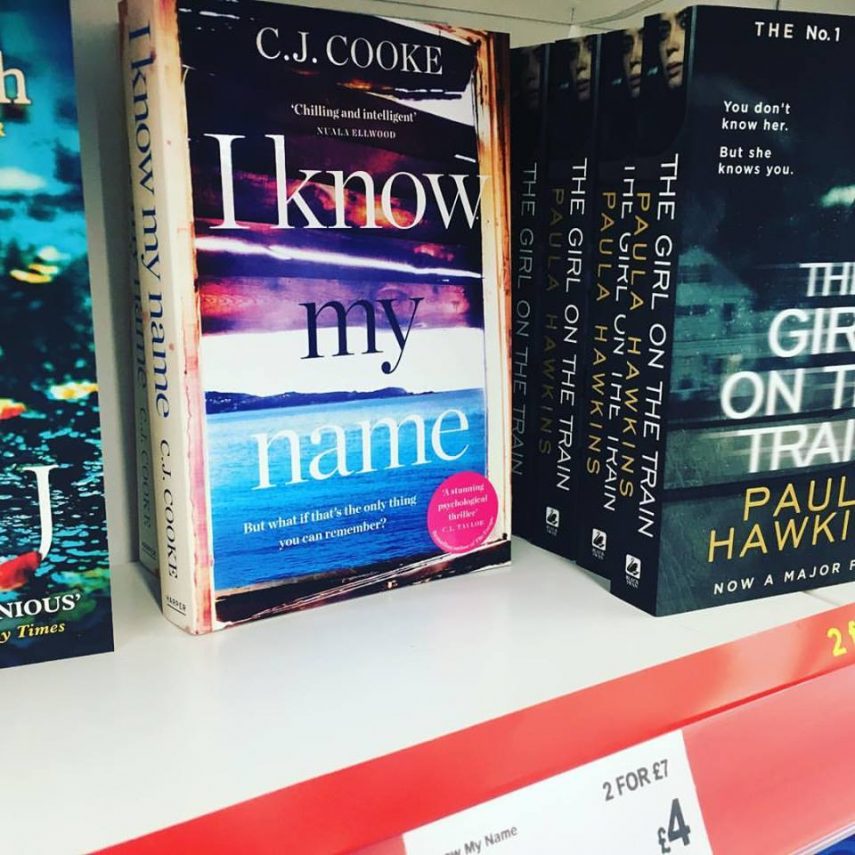 It’s been one helluva 6 months. My daughter’s autism diagnosis in January. The Writing Motherhood anthology, published in March. My new novel, I KNOW MY NAME, published 2 weeks ago and in the Asda book chart from today, which is EPIC. 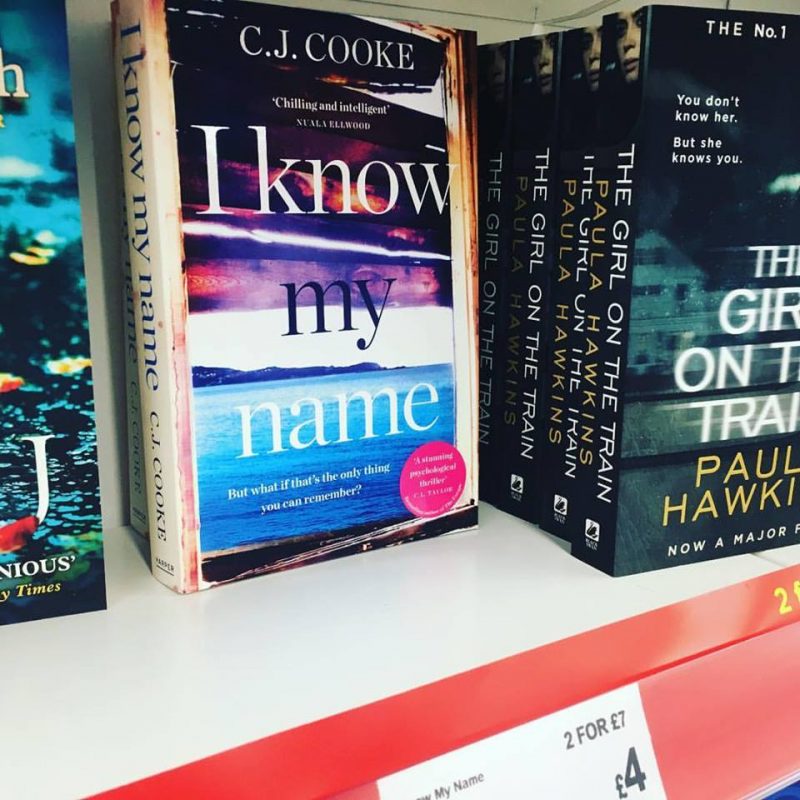 I held launches for the Writing Motherhood anthology but as yet haven’t arranged one for the novel, and the reasons are twofold: (a) I am so, so tired (see above – and add ‘whilst working full-time’ to the list) and (b) I hate being the centre of attention. I may still organise something to celebrate the book’s birth. Once I’ve caught up on some sleep.

But there have been many good things about 2017. My second novel, The Boy Who Could See Demons, is enjoying somewhat of a resurgence at the mo, mostly on account of a price promotion (£1.99 for Kindle). And I also walked into a book store in Barcelona recently and guess what I found! 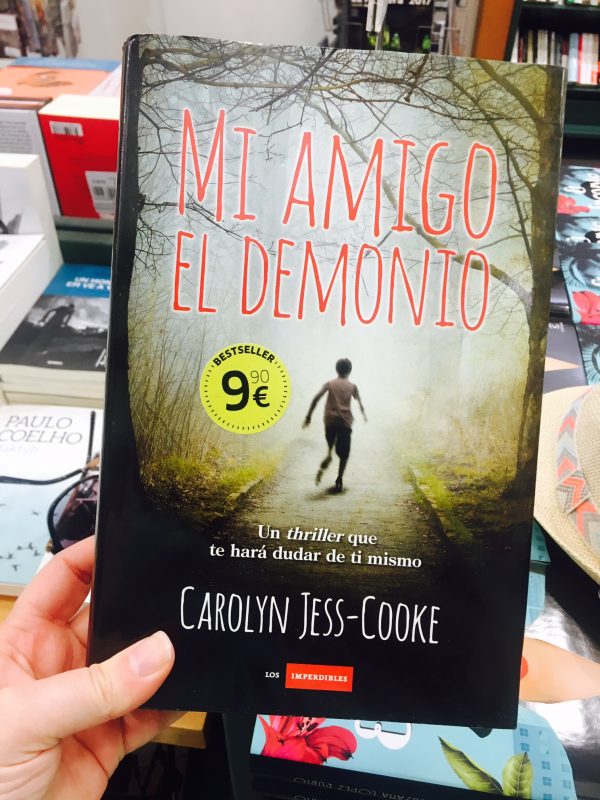 I got some fantastic reviews for both I KNOW MY NAME (in the Sunday Mirror) and Wales Arts Review published a brilliant review for the Writing Motherhood anthology last week. I also did a signing for I KNOW MY NAME at Forum Books (which is basically Heaven, though based in Northumberland) for Independent Book Week 2017.

I feel I’ve turned a corner with the autism diagnosis. One of the reasons I feel so passionate about raising awareness of and knowledge about autism is because understanding what autism is has been the key to dealing with my daughter’s diagnosis and finding a path forward. I will be honest, it took months to be able say (or think) that she is autistic without crying and feeling despondent. The more knowledge we can share on autism the better – and not just for parents who are trying to cope. We were in the south of France recently and let me tell you, it is pretty damn difficult to explain why your child is having a melt down when your French GCSE was 20 years ago. So we endured the looks and comments (mostly in supermarkets) but at times I really felt frustrated that people reacted with irritation. 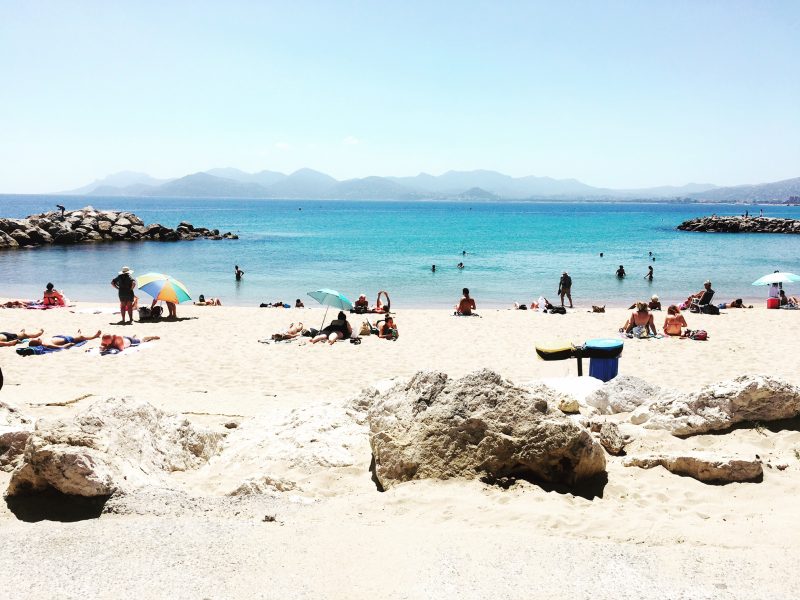 The south of France was beautiful, though.

My wonderful employer, the University of Glasgow, is giving me a sabbatical until January to write my next novel and work on my research project on creative writing for mental illness, so my present focus is on wrapping on a draft of the novel I’m working on. I haven’t yet decided if this novel will be the one to follow immediately from I KNOW MY NAME, so there is a chance I’ll have to write another one after this one…

I have some wonderful bookish events coming up. I’m giving a talk at the Wilderness Festival on 5th August with Gail Honeyman, who is really lovely and gifted, as demonstrated by her debut Eleanor Oliphant is Completely Fine. I’m also participating in a panel discussion about motherhood and literature on 26th Oct, 7pm, at the Freud Museum in London – more on that later. And a little earlier than both of these is my talk on creative writing for mental illness which I’m giving at the Creative Bridges Conference in Bristol on 30th July.

Next week I’m in London for the HarperCollins Summer Party and am meeting with the TV producers who bought the rights to I KNOW MY NAME, which is uber-exciting. Until then, if you happen to see I KNOW MY NAME in Asda, feel free to tweet me a pic (or buy it – or both) – THANKS!