Formerly a renowned film academic, Carolyn has published numerous journal articles and books on the topics of Shakespeare adaptations and film sequels. Noted in Intellect’s Who’s Who in Film Studies, Carolyn’s academic works are frequently cited and are required texts for undergraduate and postgraduate degree programmes at Universities around the world.

Click on the titles of the books below to buy or read more.

Shakespeare on Film: Much Ado About Cinema (Wallflower Press, 2007)

Since the birth of Shakespearean cinema in 1899, there have been around 500 film adaptations in which the Bard has been taken to outer space, downtown Mumbai, and feudal Japan. Exploring this astonishing array of films from early cinema to the present, “Shakespeare on Film: Such Things As Dreams Are Made Of” analyses Shakespearean cinema in four major contexts – performance, adaptation, film style and popularisation – and interprets his unique ability to penetrate cultures, mindsets and languages from across the world. The book reveals Shakespeare’s continuing currency in contemporary culture, and critically examines the dialogues between cultures, mediums, and historical periods that emerge within a study of Shakespeare on film.

“A classic in its own right.” Prof Courtney Lehmann, University of the Pacific 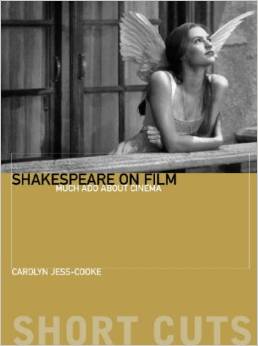 The film sequel has been much maligned in popular culture as a vampirish corporative exercise in profit-making and narrative regurgitation. Drawing upon a wide range of filmic examples from early cinema to the twenty-first century, this exciting new volume reveals the increasing popularity of, and experimentation with, film sequels as a central dynamic of Hollywood cinema. Now creeping into world cinemas and independent film festivals, the sequel is persistently employed as a vehicle for cross-cultural dialogue and as a structure by which memories and cultural narratives can be circulated across geographical and historical locations. This book aims to account for some of the major critical contexts within which sequelisation operates by exploring sequel production beyond box office figures. Its account ranges from sequels in recent mainstream cinema, art-house and ‘indie’ sequels, non-Hollywood sequels, the effects of the domestic market on sequelisation, and the impact of the video game industry on Hollywood. The book: *Situates the sequel within its industrial, cultural, theoretical and global contexts.* Offers an essential resource for students and critics interested in film and literary studies, adaptation, critical theory and cultural studies. *Provides the first study of film sequels in world cinemas and independent film-making.

“The status of sequelization as a form of adaptation is ready for debate thanks to Jess-Cooke’s work.” The Journal Of Popular Culture 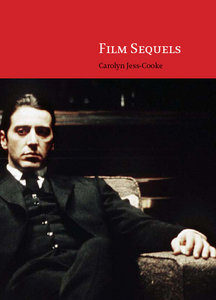 The first collection of essays devoted to the phenomenon of the film sequel.

Sequels, serials, and remakes have been a staple of cinema since the very beginning, and recent years have seen the emergence of dynamic and progressive variations of these multi-film franchises. Taking a broad range of sequels as case studies, from the Godfather movies to the Pirates of the Caribbean franchise, Second Takes confronts the complications posed by film sequels and their aftermaths, proposing new critical approaches to what has become a dominant industrial mode of Hollywood cinema. The contributors explore the sequel’s investments in repetition, difference, continuation, and retroactivity, and particularly those attitudes and approaches toward the sequel that hold it up as a kind of figurehead of Hollywood’s commercial imperatives. An invaluable resource to the film student, critic, and fan, Second Takes offers new ways of looking at the film sequel’s industrial, aesthetic, cultural, political, and theoretical contexts.

‘Second Takes provides a remarkably rich, diverse, and insightful understanding of the sequel, an excellent overview over the current scholarship, and a glimpse of future critical and theoretical avenues academics can open up to further investigate this field of study.’ Screening the Past 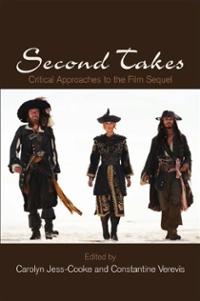 This collection of essays examines the ways in which recent Shakespeare films portray anxieties of an impending global wasteland, technological alienation, spiritual destruction, and the effects of globalization. Films covered include “Titus”, William Shakespeare’s “Romeo & Juliet”, Almereyda’s “Hamlet”, “Revengers Tragedy”, “Twelfth Night”, “The Passion of the Christ”, Radford’s “The Merchant of Venice”, “The Lion King”, and Godard’s “King Lear”, among others that directly adapt or reference Shakespeare. Essays chart the apocalyptic mise-en-scenes, disorienting imagery, and topsy-turvy plots of these films, using apocalypse as a theoretical and thematic lens. 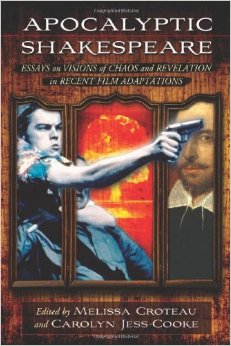