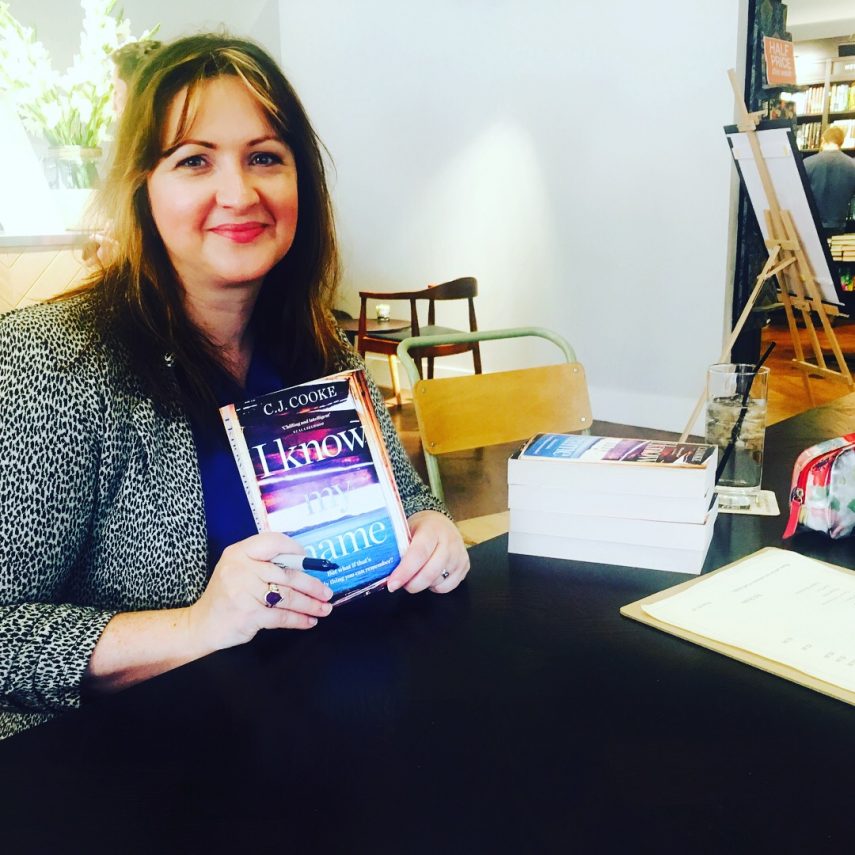 I’m converted to slowness these days.

It’s probably a result of being on sabbatical since the summer (thank you, University of Glasgow) and being forced to slow down by an assortment of minor illnesses. Perhaps it’s a consequence of these shorter, darker days of winter starting to close in (every year I forget how dark it gets, and how cold). Either way, I  am beginning to grasp the virtue of proceeding slowly. My piano teacher used to say, hasten slowly. The expression intrigued me. Speed has always been my default setting. Getting things done, and getting things down fast, has been my modus operandi, my auto-pilot, which applied even to the length of time it took me to give birth (around an hour each time). I existed for many years under a superstition that time was about to fritter away into dust. There is a flip-side to carpe diem. If you seize the day you can easily squeeze the life out of it, or yourself. No more rushing, thank you. I’m finally done with burnout.

That said, I think I’ve been fairly productive these last few months. I finished my new novel and am now editing it, which involves meandering around the edits a bit, contemplating them whilst bearing in mind that a field never was ploughed by thinking about it. I’ve written few poems, but am pleased that, despite being so unprolific, I’ve somehow managed to have a fair few of them accepted for publication by literary journals this year, including Interpreter’s House, The Stinging Fly, Compass Magazine, And Other Poems, & Butcher’s Dog (see bel0w), and one has recently been shortlisted for the Aesthetica Writing Competition. 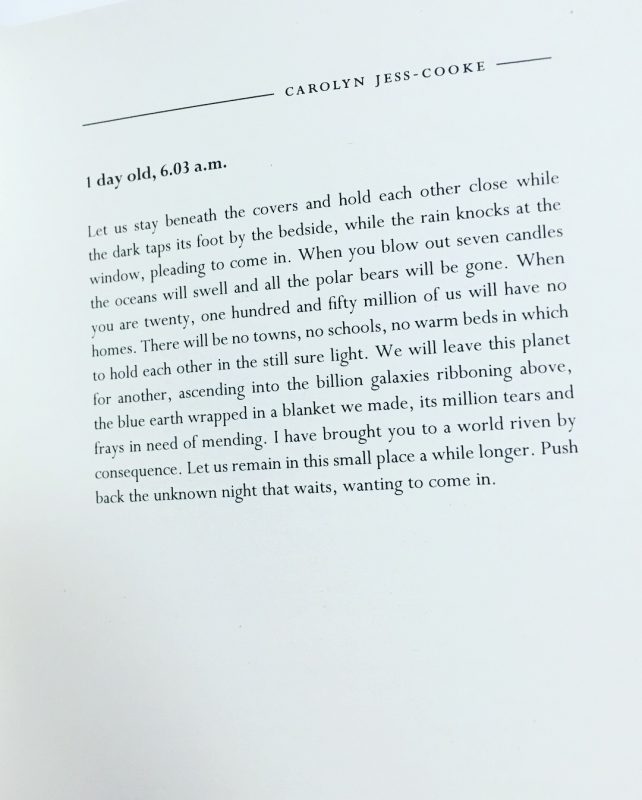 Litro published one of my short stories in July. I Know My Name has had reviews in Booklist, Publisher’s Weekly, Elle Magazine, Kirkus Reviews, and I’ve been interviewed by a few places, including YOU magazine and The Belfast Telegraph. It’s still 99p on Kindle, in case you’re inclined to buy it.

Back in August I did an event with Gail Honeyman (author of the fantastic Eleanor Oliphant is Completely Fine) at the Wilderness Festival, which involved traipsing through fields during a thunderstorm and arriving at the event tent completely drenched. It was a good laugh, though. I also spent my birthday doing some signings at Waterstones branches in Scotland, which was loads of fun. 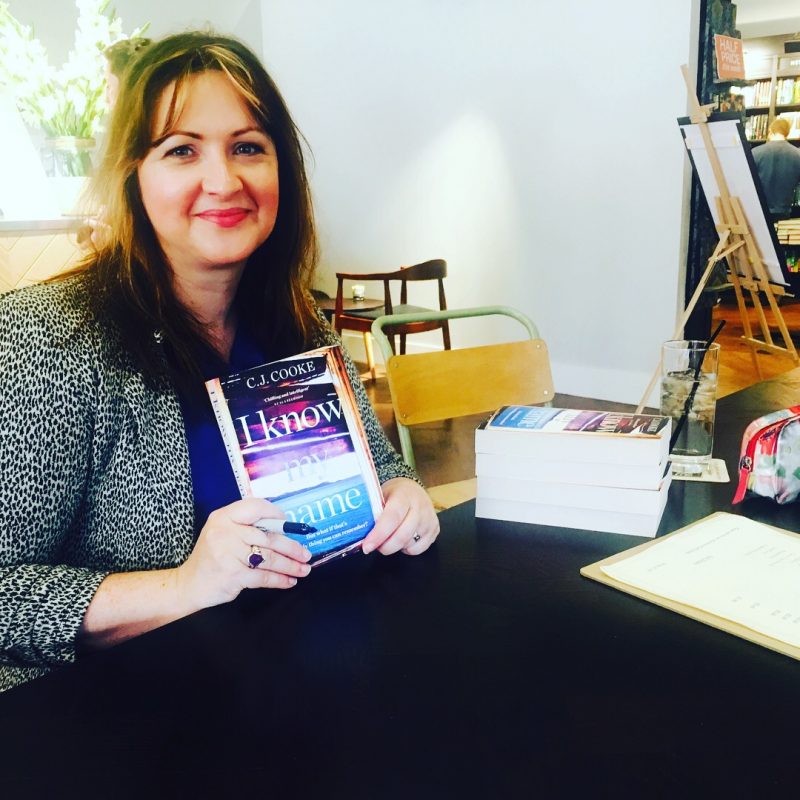 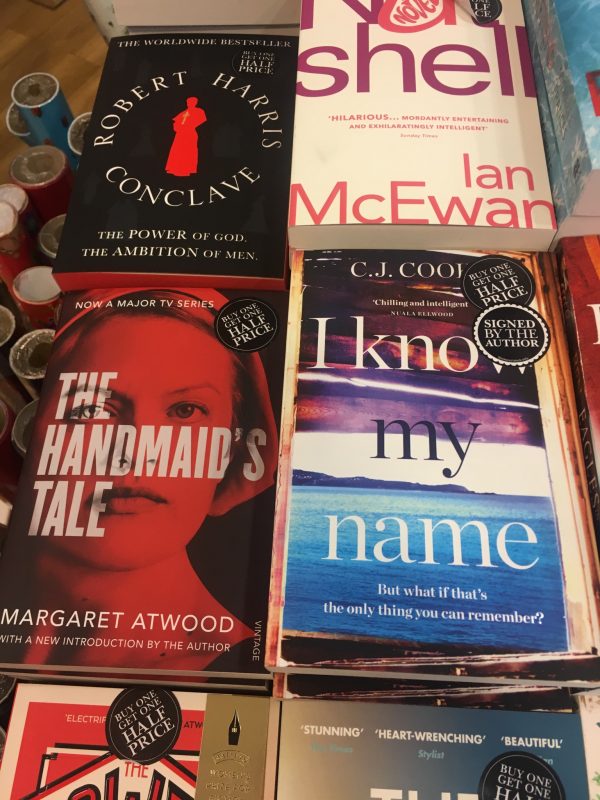 Oh, and I’ve organised a conference for my research project on writing for mental health. See here for details. Still a few tickets left.

A few days ago I had a gastroscopy, which involves a small camera being pushed down your oesophagus to check out what’s causing tummy issues. In my case, said tummy issues have been along the lines of severe acid reflux. It turns out I’ve a hiatus hernia in my oesophagus, but the over-abundance of stomach acid seems to be entirely stress related. Medication for this is simply: stop stressing. Hence my resignation to slowness, calmness, and not overworking.

I have to have another gastroscopy to see what damage has been caused to my stomach, and I’m not inclined at the moment to go ahead with it as my first acquaintance with swallowing a camera was much more horrible and painful than I’d anticipated. I have a hunch that slowing down might be the most effective medicine, anyway. And possibly introducing the word ‘no’ into my vocabulary, or being more picky about the things I say ‘yes’ to. I’ve said ‘yes’ to the role of editor for Studies in the Maternal journal (hugely excited about that) and have a feature article coming out in Mslexia’s winter 2017 issue, so I think I’m getting the usage of YES right so far.