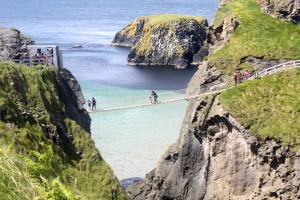 Hello there! Gosh, it is really JULY? Really?? I don’t know about you, but this year has just flown. Anyhoo, that means I have lots of news for you. Hooray! (or ‘Hurrah!’, depending on which part of the world you’re from. Perhaps I should just say ‘Wheeeee!’)

Hmmm, where to start. I’ll show you my film poem, shall I? What’s my film poem? Good question – well, remember how one of my poems was one of the ten winning poems in the National Poetry Competition (out of *cough* 12,035 entries)? No? Well, let me jog your memory. So. As part of the prize the lovely folks at the Poetry Society commissioned a group of filmmakers to make ‘film poems’ out of the winning pieces, and this here’s mine, filmed by Melissa Diem.

I love it. I had to record myself reading the poem before the film was made, and on hindsight I wish I’d read slower as the film is so gorgeous it demands a softer tone. But it’s still lovely.

The Writing Motherhood project is going at full pace and we’ve just completed the fourth event, with the blog – hosted by Mslexia – receiving a gamut of excellent submissions of creative responses (if you’d like to contribute, send poem, short stories or creative non-fiction to carolynjesscooke@gmail.com – anything in relation to motherhood is entirely welcome). I launched my second poetry collection BOOM! at the Hexham Book Festival in May, where Debi Gliori and I performed our pieces and Debi gave an absolutely stunning presentation of illustrations as a narrative of her experiences of motherhood and creativity.

You have to trust me on this one.

I can’t remember if I mentioned it before but Debi happens to be my oldest daughter’s  HERO. She also became mine, after I’d read ‘No Matter What’ to my daughter a dozen times and still managed to blub at the end. We also got a line from that book made into a wall sticker, which now features in my daughter’s bedroom. Debi’s stories are so much fun to read (and, evidently, touching) and so well illustrated (by Debi herself – the woman’s a genius) that once I got word that the Arts Council (love them) were funding the project I had to email Debi and beg her to be a part.

I’m very glad I did.

Debi also joined Sinead Morrissey and I for the third event, which was held at Belfast Book Festival. Apart from a verrrry late start (some complication over venue put us back 45 minutes) the event went swimmingly, with, erm, Paul Muldoon amongst those lovely audience members who patiently waited whilst the festival team got us set up.

On a side note, my trip back to Belfast was probably the best visit I’ve had home since moving to England one cold and dreary day 9 years ago. We spent a week in Cushendun and thoroughly enjoyed exploring the countryside and catching up with a magnificently re-vamped Belfast.

I came across a fabulous cafe in the Titanic Quarter, too. It’s called the Honesty Box Cafe and is, honestly, a true-blue honesty box set-up, whereby you’ve got yourself a whole selection of yummy cakes, soups and teas to choose from and all you have to pay is…whatever you want. More than that, though, is the atmosphere – it’s a HUGE cafe, set up by the Church of England and run by volunteers from all the churches across Northern Ireland. Given the political/religious conflict there, the religious unity here is important – and effective. The volunteers that I spoke with seemed so earnest in their desire to create a little haven of harmony in the city, a place for people to come to and feel that they belong.

I spoke with these guys, too, who saw me snapping away and wanted to chat. They said they go to the cafe every single day because it has come to feel like home.

And it had a Prayer Garden.

I am a person who believes in prayer, but I have to say that even if you don’t, I’d be surprised if you weren’t moved by the feeling of love and unity that this venue created.

Most recently, I took the Writing Motherhood event to the Ledbury Poetry Festival where I read from BOOM! with Hollie McNish and Rebecca Goss. Poet Ruth Stacey very kindly chaired the panel. It was a truly excellent event – Hollie is a magnificent performer and had us all in stitches with her poetic account of advice given to pregnant women, and Rebecca’s reading from her prize-winning collection HER BIRTH was incredibly moving. Ruth read us part of a poem by Anne Wickham, which I have to recount here for the way it evokes so many of our own experiences:

“Why was I born beneath two curses,

To bear children and to write verses?

But all my life is penalty

From the two sides of me.”

My third novel, THE MIND THIEF*, has been snapped up by a publisher. Apols to those of you who don’t speak Chinese, however, because the publisher is based in Taiwan… Fingers crossed, however, that we find a publisher keen to publish the book for you English-speaking folk.

Which brings me to my fourth novel, currently titled THE DISAPPEARED. It’s in the hands of my lovely agent at present. Here is a list of things that I’m pretty sure you will find yourself doing while waiting on feedback from your agent:

2. Read the manuscript in an attempt to telepathetically channel what she thinks of it, at which point every error that you missed whilst painstakingly editing for months on end will leap out at you. And laugh.

4. Forget everything else you were meant to be doing, which will force you to write memo lists which you’ll forget about.

6. Make endless cups of coffee, tea, or (in my case) hot chocolate.

7. In a bid to distract yourself/prevent repetitive strain injury from refreshing emails, commence a new project. In my case, the last week has involved an intensive bout of gardening, mental redecoration of the entire house, googling holidays, making 5-year-plans, and attempting a fad diet.

8. Read a novel by a writer you admire. Worry unceasingly that the book your agent is reading fails to compare.

10. Forget more stuff, like picking up a child from nursery.

11. Ring your mobile using your landline, to check it actually receives calls.

12. Devise a minor issue that requires an email to be sent to your agent, which she will no doubt recognise immediately as a nudge.

14. Discover the band A GREAT BIG WORLD. Sing along to ‘Cheer up!’ Cheer up.

*not the original title. But this one isn’t bad, is it?