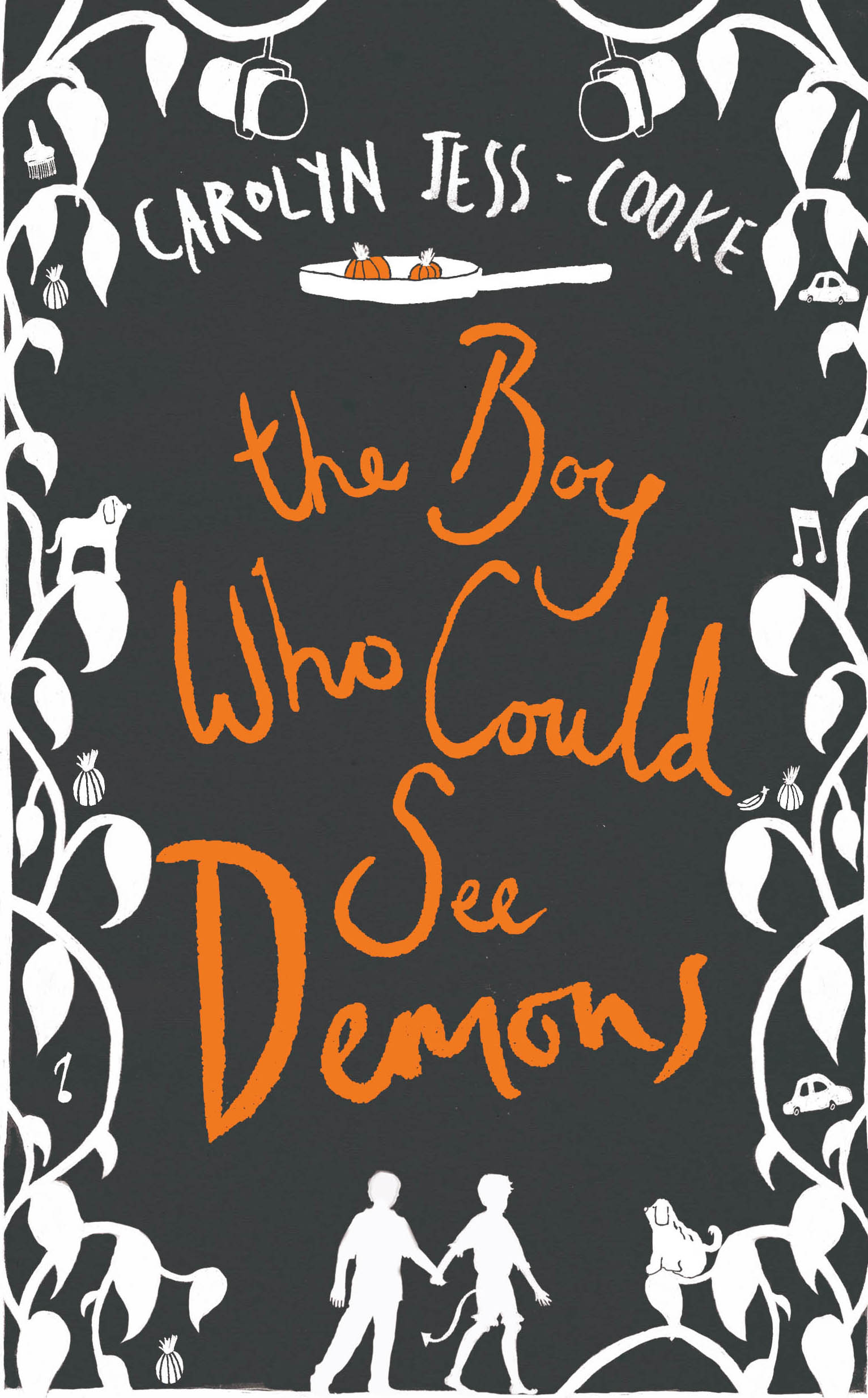 About the book Reading Guide

People look at me funny when I tell them I have a demon.
‘Don’t you mean, you have demons?’ they ask. ‘Like a drug problem or an urge to stab your dad?’ I tell them no. My demon is called Ruen, he’s about five foot three, and his favourite things are Mozart, table tennis, and bread and butter pudding.

I met Ruen and his friends five years, five months and six days ago. It was the morning that Mum said Dad had gone, and I was at school. A bunch of very strange creatures appeared in the corner of the room beside the canvas we’d made of the Titanic. Some of them looked like people, though I knew they weren’t teachers or anyone’s parents because some of them looked like wolves, but with human arms and legs. One of the females had arms, legs and ears that were all different, as if they had belonged to different people and were pieced together like Frankenstein. One of her arms was hairy and muscly, the other was thin like a girl’s. They frightened me, and I started to cry because I was only five.

Miss White came over to my desk and asked what was wrong. I told her about the monsters in the corner. She took off her glasses very slowly and pushed them into her hair, then asked if I was feeling all right. I looked back at the monsters. I couldn’t stop looking at the one who had no face but just a huge red horn, like a rhino’s horn, only red, in his forehead. He had a man’s body but it was covered in fur and his black trousers were held up with braces that were made out of barbed wire and dripping with blood. He was holding a long pole with a round metal ball on top with spikes sticking out of it like a hedgehog. He drew a finger to where his lips would be, if he had any, and then a voice appeared in my head. It sounded very soft and yet gruff, just like my Dad’s:

And then all the fear left me because what I wanted more than anything in the whole world was a friend. I found out later that Ruen has different ways of appearing and this was the one I call the Horn Head, which is very scary, especially when you see it for the first time. Luckily he doesn’t appear like that very often.

Miss White asked what I was staring at, because I was still looking at the monsters and wondering if they were ghosts, because some of them were like shadows. The thought of it made me start to open my mouth and I felt a noise start to come out, but before it grew too big I heard my Dad’s voice, again in my head:

I looked at Miss White and said I was fine, and she smiled and said OK and walked back to her desk, but she kept glancing back at me with her face all worried.

About a second later, without crossing the room, the monster who had spoken to me appeared beside me and told me his name was Ruen. He said I’d better sit down otherwise Miss White would send me to talk to someone called A Psychiatrist. And that, Ruen assured me, would not involve anything fun, like acting or telling jokes or drawing pictures of skeletons.

Ruen knew my favourite hobbies so I knew there was something strange going on here. Miss White kept looking at me like she was very worried as she continued her lesson on how to stick a needle through a frozen balloon and why this was an important scientific experiment. I sat down and said nothing about the monsters.

Ruen has explained many things to me about who he is and what he does, but never about why I can see him when no one else can. I think we’re friends. Only, what Ruen has asked me to do makes me think he’s not my friend at all. He wants me do something very bad.

He wants me to kill someone.