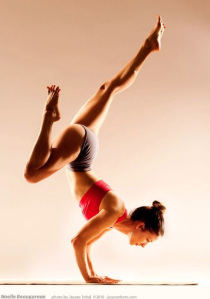 I’m excited for 2016. This may not sound terribly rational, given the terrible floods just down the road from me and much, much worse to come on a global scale, but I am genuinely glad of the chance for a fresh start and a new perspective on things.

2015 was a great year. I left the terribleness of 2014 behind and felt strengthened mentally and physically, and I also found that the things I’d experienced at the beginning of 2014 began to give life to new projects. I have had an interest in writing and mental health for a long time, probably around the time I was commissioned for the Roseberry Park project, but what I experienced in 2014 was by far the worst kind of depression and anxiety I had ever, ever faced, and to say the least it gave me a renewed sympathy for anyone in the same boat. It made me realise that depression can be a kind of gift – and I don’t say that lightly, believe me – because I realised that I’d been coping with depression and anxiety for such a long time that I thought it was part of me, part of my personality, when really it was a thing. I wasn’t that thing. I was me, walking around with glass in my shoe without realising that I could stop, take my shoe off, and deal with all that glass. It took me to break both legs, metaphorically speaking, to realise that I could live differently, and that my attitudes and habits were not serving me very well at all.

This all sounds pretty straightforward, as everything does upon hindsight, but actually the experience was a lot messier and horrific. I have given birth to four large babies, one of them on the floor of my living room without so much as a paracetamol. I’ve also had wisdom teeth yanked out while fully conscious and been in a major car crash. But I’ll tell you now – what I went through in 2014 was the worst kind of pain I have ever gone through by a long way.

I’m excited for 2016 because I can talk about all of this without crying or feeling scared that the darkness will come back. I think this is part of what some folk don’t understand about mental illness – how much the sufferer fears the thing itself. I became afraid of my own fear, because it was hideous. It was not merely a mental terror. I experienced awful physical effects. My own body turned against me.

I also gained insights into suicide, which is not a marvellous thing to gain insight into, but I did, and I suppose it helped me understand what my own father experienced before taking his life. When Robin Williams committed suicide, so many people were quick to call him selfish. Just months before, I had had suicidal thoughts. It is terrifying to have such thoughts enter your head, for a part of you to feel drawn to death. Especially when you have young children and people who you know would be greatly affected. You are essentially at war with yourself. But at one point I gained an understanding of why I was feeling this way: a large part of me had already died. I already felt dead. There wasn’t such a huge leap between the way I felt and the act of death-making. Selfishness doesn’t enter into the equation because you feel it has already happened.

The truth is that depression is a gift, because the old ways that have been harming you – essentially, glass in the shoe – need to end. Old habits must die, and the new self has to emerge. This is very hard to realise, and harder to put into action, but when the suicidal impulses nagged at me and so much of me still wanted to live, and had to live for my family, I think I pushed through until I recognised the changes that needed to be made. My understanding of the things that contributed to The Crash is clear, but I won’t go into it here. Yes, there were personal things in my life that facilitated it, but it was those habits that I’d developed which I knew had to end. One of them was over-working. I am really bad for not realising my own limitations. This can be a strength, in that I’ll keep going and push forward against great challenges. But it had become a negative thing in my life, because I was taking on far too much. I had had four children – and four horrendous pregnancies – in five years. I had worked full-time during all of that without sufficient childcare and without the kinds of help I really needed. And then I just crashed. But it was a gift, because I was essentially forced to stop – something I find very difficult to do – and look closely at my inner landscapes. I was made to stop and get that glass out of my shoe once and for all.

I am still on a low dose of anti-anxiety medicine. For a large part of my life I was anti-antidepressants, but I have to say, it works for me right now, and I’m no longer ashamed of this. I got counselling, something I should have done about twenty-two years ago. I began to recognise the importance of valuing myself, something I hadn’t considered for a long, long time. I had placed my value on external factors. This is a bad thing. Stop it if you’re doing it, because you have value. You matter. Not your achievements, or what people say about you, or your clothes or car or whatever way you might conceive of your value.

I didn’t intend this post to turn out so personal, but chances are that you’re reading it because you’ve googled something about anxiety or depression, and if that’s the case, I want to recommend some of the other strategies I adopted to ensure to the absolute best of my ability that I never, ever crash again. Now I know I have a tendency towards depression and anxiety – I mentioned earlier that I realised that the glass in my shoe had been there for a long time, probably since the age of seven when I would wake up in the middle of the night unable to breathe (panic attacks, probably because of the violence at home, but I didn’t know that then). I know I have a weakness there and that it’s impractical to think that I won’t face the same challenges again, so I have to keep working at my wellbeing. I found a lot of freedom in yoga – this YouTube video in particular worked for me, and these days I adore, I mean ADORE, Meghan Currie yoga – and my goal this year is to master Scorpion pose (see pic at the top of this post). That’s basically my only New Year’s resolution. Scorpion pose, perfected. It encapsulates a lot. It requires me to take time out every day for me, for yoga. I find taking time out for me a challenge. Yoga practice makes me feel stronger, both physically and mentally. I gain a deeper sense of perspective on things through it.

The other thing I’d recommend is apps for wellbeing. Headspace and Calm are on my phone. There are other ones, so have a look around and see what works for you. I also invested in some books on Mindfulness. I’ll tell you why this worked for me – it reaffirmed that the depression and anxiety were not me, but a thing that I could deal with. If you thought your ‘flu was just you, built for nothing but bedrest and coughing, it would be weird. Mental illness is no different. It is not you. It is an it.

In 2015, as a direct result of everything described above, I made a lot of positive choices. I reached out to people that I wouldn’t otherwise have and deepened my relationships. I realised how much I needed other people. A five-minute chat with one of the mums at school once lifted me on a really awful day and I doubt she’ll ever know it. We need each other. I became braver. I wanted to explore. I began writing short stories, which was a very positive exploration of my artistic practice. I finished a novel that explores mental health (I’m currently editing it). I’m no longer as terrified and ashamed of my failures. In fact, I can’t say that they’re failures. Experiment and move forward: that’s what growth is. As a direct result of The Crash I applied for a post at Glasgow University, which I love. I absolutely love my job. It has been a really positive thing to teach again, to mentor other writers at very significant turning points in their creative practice, and to have colleagues again.

In 2016 I’m continuing my residency at the Northern Poetry Library and I’ll be working with MIND in delivering creative writing for mental health – more on that in a while. I’ve also put together an application for a research project designed to explore writing and mental illness. If I’m rejected, I’ll rework it and keep trying. If I’m successful, huzzah! What I aim to do is explore the specific kinds of writing that can facilitate recovery from mental illness. I think I’ve been writing for my own mental health for a long time. I think it’s why I turned to writing at precisely the age I began having panic attacks. I know I’m not the only one. I don’t think journalling or writing directly about one’s trauma is the only way to benefit from writing, but actually developing a creative practice. Losing yourself in literary form, in structure and narrative. It gives me a huge amount of energy. When people ask me how I find the time to write, I want to say: I don’t have time not to write.

I’m continuing with my poetry projects, including a body of work devoted to the feminist and social activist Josephine Butler, and a collection of short stories is on its way. And another novel. The Society of Authors very kindly gave me the K Blundell award to research the novel I’m editing, so I’m off to Greece at the end of March!

As for your own plans for 2016, may they be blessed, daring, and full of peace.